Test Tube Baby: How and Why it is Done? 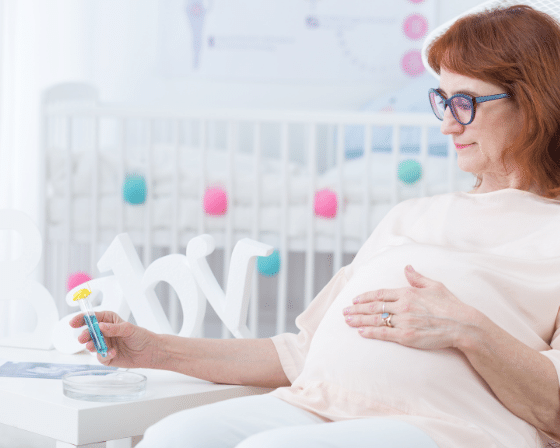 Test tube baby or In vitro fertilization (IVF) is a process of fertilization. An egg usually combines with sperm outside the body of an organism in an artificial medium. This process generally involves monitoring and stimulating a woman's ovulatory process, which involves removing the ovum or ova from the woman's ovaries. The sperm is then made to fertilize in a culture medium in a laboratory. When the fertilized egg forms the embryo in about 2–6 days, it is implanted in the same or another woman's uterus. This is done to establish a successful pregnancy in the woman.

5 Step Process of Having a Test Tube Baby

IVF generally involves fertilizing the egg in a so-called laboratory dish. In a natural conception, after the release of a mature female egg (ovulation), the male sperm usually penetrates it and fertilizes it inside her body. The fertilized egg gets embedded in the uterus, also known as the womb, which then develops into a baby. In situations when natural or unassisted conception is not possible, then fertility treatment is an option.

Techniques can differ depending on the clinic, but generally, the IVF involves the following steps:

2. Superovulation: In this process, the fertility drugs which contain the fertility hormone, generally known as the follicle-stimulating hormone (FSH), are given to the woman. FSH usually makes the ovaries produce more eggs than the usual number. Vaginal ultrasound scans also can monitor the process in the ovaries.

3. Retrieving the Eggs: In this process, eggs are collected from the female body through a minor surgery known as "follicular aspiration." A very thin needle is generally inserted through the vagina and into an ovary. The needle after that is usually connected to a suction device. This sucks the eggs out. This process is recounted for collecting the egg from each ovary present in the female body. The researchers have suggested that collecting 15 eggs from the ovaries in one cycle usually gives the highest chance of a successful pregnancy from many active experiments.

4. Insemination and Fertilization: In this step, the collected eggs are placed together with the male sperm and kept in an environmentally controlled incubator. After a few hours, the sperm would enter the egg. Sometimes the sperm is directly injected into the egg itself. This is also known as an intracytoplasmic sperm injection (ICSI). Frozen sperm, which are retrieved through testicular biopsy, can also be used here. This is generally considered as effective as fresh sperm in achieving a successful pregnancy. The fertilized egg starts dividing and becomes an embryo.

5. Embryo Transfer: In this process, sometimes, more than one embryo is placed in the woman's womb. The couple must discuss with the doctor how many embryos should be transferred in this process. If ideal embryos are unavailable, then the doctor shall transfer more than one embryo. The transfer of the embryo is usually done by using a thin tube or a catheter. It will enter the womb through the vagina of the woman. Once the embryo sticks to the lining of the womb, healthy embryo growth will begin.

Why it is Done?

1. how long the couple has been trying to become pregnant

2. the cause of infertility in the woman

3. whether or not the pregnancy or a live birth of a child has occurred before

4. the strategy which will be used on the woman

Some risks that are associated with the IVF technique are:

12 Primary Side Effects of the Medication

1. IVF can cause difficulty in sleeping.

2. Some women may also have reactions to the medications that are given to them during treatment.

6. enlargement of the ovaries

11. There are several health risks to the mother. Rarely, the drugs can also cause ovarian hyperstimulation syndrome (OHSS). This usually happens when the ovaries over-respond to the gonadotropins, so too many eggs develop in the ovaries. They can also have severe abdominal swelling as well as shortness of breath. If the OHSS occurs, the doctor may also suggest restarting the whole cycle with the help of a lower dose of gonadotropin.

12. IVF also comes with a higher risk of having a pulmonary embolism, the blockage of the lung's main artery, venous thromboembolism, or blood clots during the 1st trimester of pregnancy of the woman.

The primary cause of pregnancy loss, whether in IVF or natural conception, is conceiving an abnormal number of chromosomes from the male partner who is also known as chromosomal aneuploidy—detecting the aneuploidy in the egg or the sperm before carrying out IVF or in an embryo before the implantation may also help to increase the chance of a successful pregnancy.

When more than one embryo is generally transferred into the woman's womb, there is a greater chance of having twins, triplets, or more babies for the couple.

Pregnancies with more than one fetus can also result in the following things;

1. preterm birth or the low birth weight of the baby

2. double the mother's risk of developing diabetes in them

4. the doctor may also recommend that there should only be a single embryo transfer in women with an increased chance of having twins.

It is undoubtedly a callous and complicated decision to go for in vitro fertilization after a few unsuccessful pregnancy attempts. The physical, financial, and emotional suffering of the entire process is challenging. The couple should speak with the doctor without any hesitation to know each detail of the procedure and what will be the best option for both of them and the baby. They should know if in vitro fertilization is the right way of getting pregnant for the family.

Best Ways to Balance Hormones and Boost your Fertility Naturally

The human body may sometimes cause hormonal imbalances to increase the risk of infertility in both males and females. Infertility can be treated both naturally and artificially with the help of a doctor or medical attention.

If a woman is facing problems related to Infertility, it certainly has nothing to do with the fact if she masturbates or not. When such a situation arises in females, it is highly advised that an experienced doctor must be consulted immediately.