Is that pain in my toe, Gout?

Gout is generally regarded as a metabolic disorder that causes inflammation in the joints. Certain joints generally swell up in this disease and become very sensitive to pain, particularly affecting the big toe. Here's all you need to know about Gout. 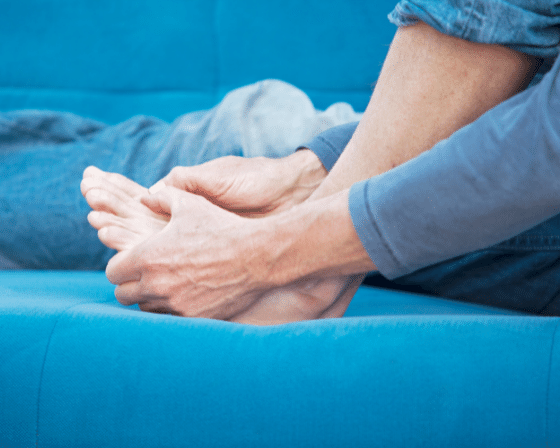 Gout is a very common term used for various health conditions caused by a buildup of uric acid in the body. This buildup usually affects a person's feet. If a person has Gout, he/she will feel swelling and pain in the joints of the foot, particularly the big toe in the foot. Sudden and intense pain, also known as gout attacks, can make it feel like the affected person's foot is on fire.

What is a Gout?

It is generally regarded as a metabolic disorder that causes inflammation in the joints of the affected person. In this disease, certain joints generally swell up and become very sensitive to pain. The tiny needle-shaped crystals of uric acid that build up in the body's joints generally cause inflammation. These crystals are formed due to the deposition of too much uric acid in the affected person's body. The pain usually stays for one to two weeks and generally goes away after medication.

How to differentiate Gout pain from any other pain?

It is generally caused by the accumulation of uric acid in the blood from the breakdown of purines. Certain medical conditions, such as blood and metabolism disorders or dehydration, make the body produce too much uric acid. A kidney or a thyroid problem, or an inherited disorder, usually makes it harder for the body to remove excess uric acid.

A person can get Gout if:

1. He/she is a middle-aged man or postmenopausal woman.

2. They have parents, siblings, or other family members with Gout, so it is also genetic.

3. Drink too much alcohol.

4. Taking certain medications such as any diuretics and cyclosporine.

6. In some people with Gout, the diet is the cause.

The doctor can diagnose Gout, which can be based on a review of the person's medical history, a physical exam, and the various symptoms. The doctor will likely base the diagnosis on various factors:

1. The description of joint pain of the person.

2. how often they have experienced intense pain in the joint.

3. how red or swollen the area is of the affected person.

4. The health expert may prescribe a test to check the buildup of uric acid in the joint.

If a person has symptoms of Gout, they can start to visit a primary care doctor.

Along with the medications, the doctor may also recommend lifestyle changes of the affected person to help manage symptoms and reduce risks of future gout attacks. They include:

2. losing weight of the affected person.

4. Foods to Avoid in Gout

Certain foods generally are high in purine levels which break down into uric acid in the body. Many people don't have any problem regarding the intake of high-purine foods into their bodies. But if a body has trouble releasing excess uric acid, they should avoid certain foods and drinks, such as:

Simply eating this kind of food may not be enough to keep Gout in control.

Gout can typically be treated without any surgery. But after many years, this condition can also damage the joints, tear the tendons, and cause various infections in the skin over the joints. Hard deposits, called tophi, can also build upon the joints and other places like the ear. These lumps can be very painful and swollen, and they can also permanently damage the joints of the body.

Four surgical procedures to treat tophi caused due to Gout are:

They are generally the swollen lumps present around the joints, which usually look like the knots present on a tree trunk. They usually occur in the joints like the affected person's fingers, feet, knees, and ears. Tophi themselves don't hurt the person, but the inflammation they cause can be painful. Sometimes tophi are formed in the connective tissue outside the joints of a person. A person can also discover some of the more unusual places where they might find these growths.

5 Possibilities Why Your Big Toe Hurts

Hurting the big toe is at its worst when it affects walking or standing with ease. It is essential to analyze the problem and deal with it at the earliest. Here are some of the reasons why your big toe hurts

6 Types of Soft Tissue Injuries and their Treatment

Damage to the skin, ligament, or tendon leads to soft tissue injury. This medical condition is a common occurrence in people who participate in sports, engage in excessive physical activity, or have hefty exercise routines.

Arthritis is a Joint inflammation disorder. Arthritis implies the inflammation or irritation of at least one joint of the body, and a swollen joint can turn out to be seriously harmful. Here is list of symptoms, types, and treatment of Arthritis