Does taking Turmeric for Inflammation work?

Turmeric has Curcumin in it, which have many scientifically proven health benefits, such as preventing arthritis, heart ailments, cancer, and Alzheimer's disease. 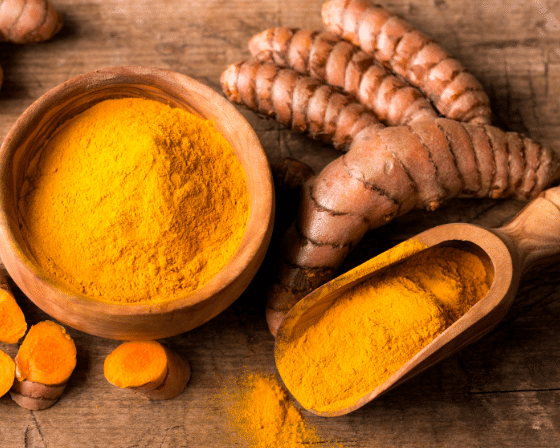 What is a Turmeric Plant?

1. When used in the supplement form, turmeric always has higher levels than when used as a spice for cooking food materials.

3. Anti-Inflammatory Compounds: Curcumin is also a Natural anti-inflammatory compound. Inflammation is incredibly important for the body. It helps fight foreign invaders and has a role in repairing damage to the body. Without inflammation in the body, pathogens like bacteria could easily take over the body and kill a person. Although acute and short-term inflammation is beneficial for the body, it can also become a significant problem later when it becomes chronic and starts inappropriately attacking the body tissues.

3. It prevents as well as reduces Joint Inflammation: Turmeric helps to prevent and reduce joint inflammation in the body. This usually reduces pain, stiffness, as well as inflammation related to arthritis. Arthritis Patients generally respond very well to curcumin supplements. Curcumin was even found to be more effective than any anti-inflammatory drug. Many research studies have reported the effects of curcumin on arthritis, and they all noted improvements in the various symptoms of arthritis by using turmeric. The Arthritis Foundation suggests taking 400 to 600 mg turmeric capsules three times a day for treating arthritis. For this, one can take half to three grams of the root powder of turmeric every day. However, another study suggested that taking just one gram of curcumin per day may help arthritis patients.

5. The Health benefits of turmeric also include its ability to lower the cholesterol levels in an individual. While having the potential to prevent heart disease and cancer, curcumin may also aid a person's longevity.

How to take Turmeric for Pain?

5 conditions when you should avoid taking Turmeric

It is essential to be cautious with all the herbal supplements that a person takes inside the body. Turmeric is very safe when it is taken in the recommended doses into the body or when they are applied to the skin. A person should not intake turmeric in these conditions.

1. Iron Deficiency: If a person suffers from an iron deficiency, turmeric may interfere with how the body generally absorbs iron. This will lead to anemia symptoms in that person.

2. Kidney Stones: Turmeric has a high content of oxalate inside it. When bound with calcium, oxalate can result in painful kidney stones in the body, which is very dangerous.

3. Gallbladder Disease: Turmeric is very dangerous if a person has gallbladder disease. It may also enable the gallbladder to contract and also make the symptoms worse.

4. Bleeding Disorders: Turmeric can reduce the ability of blood to clot. Turmeric can also increase the risk of bleeding for someone who is on specific blood thinner meds.

5. Diabetes: Turmeric may cause a drop in the blood sugar levels of a person who is suffering from diabetes. So this is not recommended for the people who are suffering from it.

Turmeric has many scientifically proven health benefits. It has the potential to act as an anti-inflammatory and antioxidant compound, and it is also found helpful in improving the symptoms of depression and arthritis in an individual. If you want to go for the curcumin supplement, it is recommended to find a product with BioPerine in it. BioPerine is a substance that enhances curcumin absorption in the body by 2,000%. Without this substance inside the body, most of the curcumin intake just passes through the digestive tract.

Dietary fibre is a part of the plant-based diet that cannot be digested or absorbed by your body; it is also perceived as bulk or roughage. Here are few details about dietary fibre and the benefit of dietary fibre