Dengue Symptoms and Its Relation with Platelet Level Counts

Dengue is a kind of acute viral disease that is spread by mosquito bites. It is, however, seasonal to a huge extent, but its consequences can vary from normal to severe. Here are few things that are essential to know about Dengue 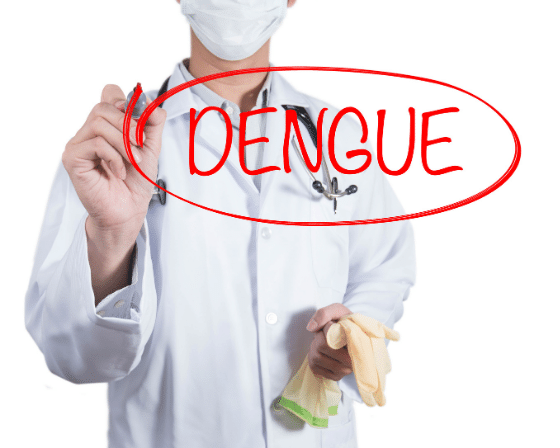 Today, we humans are surrounded by various health threats like viruses, flu, risk of chronic diseases, etc., and are finding ways to stay protected from such evils that can have a worsening effect on our health. Nature has produced such lethal diseases that can risk a person's life and can get out of control in no time. One such famous disease is the Dengue Virus carried by a mosquito and has various chronic effects. This article will discuss every aspect related to dengue and the scope of its spread, causes, symptoms, & cure.

Following are some of the well-known symptoms of the Dengue Virus that show up in a person:

The most common symptom of dengue is high fever. The temperature in dengue patients generally rises to more than a level of 102-degree Fahrenheit. The fever can get out of control in the patients, and a medical expert should be consulted.

People who have been a victim of Dengue experience severe headache which sometimes becomes extremely unbearable.

Muscle and joints pain is a general thing among dengue patients. A large number of people experience fatigue and loss of energy.  Unnecessary pain shouldn't be neglected at any cost, and medical consultation is advised.

A mild level of bleeding is also seen in several dengue patients. The patients experience bleeding from their gums and nose. Also, the body gets very sensitive and becomes prone to get bruised easily.

Unfortunately, there is not any vaccine for dengue yet. Therefore, the best method to be safe from this disease is by avoiding mosquito bites and reducing its population. If you are trapped in a high-risk area, you should use mosquito repellent creams outdoors and indoors. It would help if you also try to wear full clothes that cover you from head to toe. Opening of windows must be avoided, and mosquito nets should be used while sleeping.

7 Food items that can boost your Spirits - Mood Food

Everything that you eat has something to do with the functioning of your body. We like to eat a lot of street food, and most of them are not even close to being called Healthy. Here is some of the Tasty, Healthy Food that can lift your spirits and mood.

How can I avoid getting the Flu (Influenza)

Flu is known for its ability to easily getting transferred from one person to another. The factor of risk involved concerning its transmission is significantly higher as compared to other common diseases. Here are few tips to avoid getting the flu.