Diabetes its Symptoms, Treatment and Prevention

Types of Diabetes, risk and symptoms 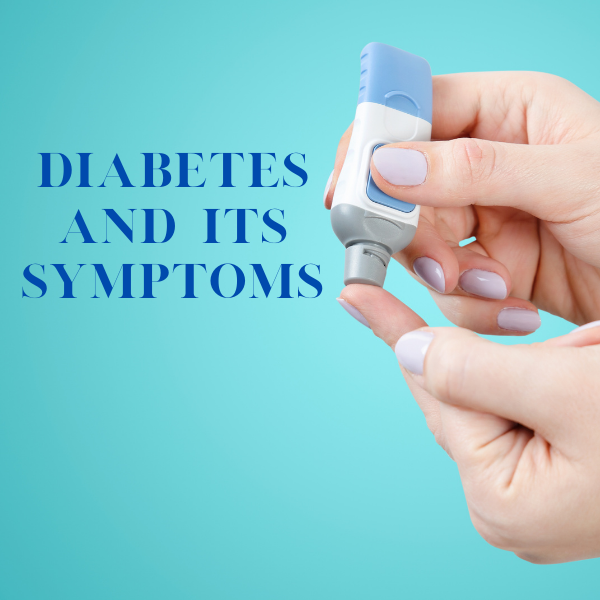 A serious health condition in which the sugar (glucose) level in the blood rises above the normal is called Diabetes. It mainly happens when the body is not able to produce enough insulin (a hormone) or effectively use it. The hormone insulin is produced by some special cells present in the pancreas known as Islets of Langerhans. The role of this hormone is to store the excess amount of sugar molecules in the cells for future use. But in diabetes, insulin is either not produced in sufficient amounts or becomes ineffective. Untreated diabetes can lead to many serious clinical consequences resulting in chronic complications of diabetes.

Both type 1 diabetes and type 2 diabetes have some common warning signs such as:

8. presence of fruity smell in breath and urine

Along with the above mentioned general symptoms, some early diabetes signs are distinct for both of its types. These are as follows:

Symptoms of Type 1 Diabetes include nausea, vomiting, and weight loss.

The symptoms of type 2 diabetes are visible when the blood glucose level remains high for a long time. These symptoms include tingling sensation or pain in feet/legs, delayed healing of wounds and cuts, yeast infection on certain parts of the body.

Diabetes doctors suggest various blood and urine tests diagnose diabetes. Some common blood tests for diabetes include fasting plasma glucose test, A1C test, and random plasma glucose test. Anyone who is showing early signs and symptoms of diabetes should be tested. Pregnant women, during their second and third trimester, should be regularly tested for gestational diabetes.

The treatment of diabetes is done with the help of certain medications, some of which are taken orally while the rest are injected directly into veins. Synthetic insulin is the main treatment for type 1 diabetes as it replaces the natural insulin hormone that the body is unable to synthesize. Diet and certain lifestyle modifications can help in managing type 2 diabetes. Medications are prescribed only when the lifestyle changes are not enough to lower down the elevated blood sugar levels.

Type 1 diabetes is caused because of the problem in the immune system, so it is not preventable. Some causative agents for type 2 diabetes such as age, gender, and gene are also not under the control of an individual. But then too, many diabetic risk factors can be managed or controlled. Prevention of diabetes simply involves certain modifications in the diet and fitness regime.

Diet, Exercise, Stress management and right amount of sleep can do wonders in reducing belly fat and all these are based on science.