Difference Between Type 1 and Type 2 Diabetes - Symptoms, Causes and More

Diabetes is one of India's most common diseases that can be seen in almost every age group and has been identified as a pathway to many more chronic diseases. Let us start with knowing what this disease is, followed by its types, causes, and prevention. 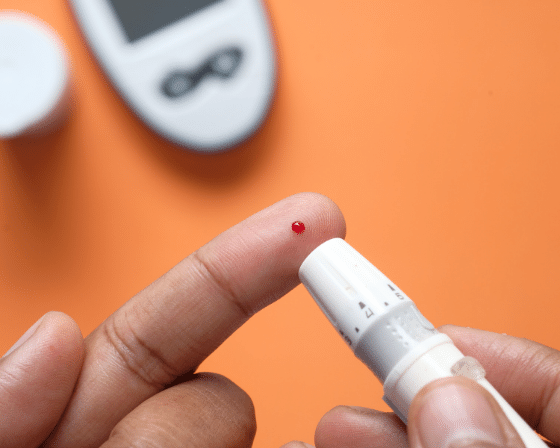 By now, we have managed to find out the cure for almost all kinds of diseases, while the solution isn't triumphant enough for many of them. There are diseases about which people have a huge misconception, and the mass isn't aware of the possible consequences. This article will revolve around one such disease about which the people are not sufficiently educated and are prone to believe the stereotypical ideas instead of accurate knowledge.  Diabetes is one of India's most common diseases that can be seen in almost every age group and has been identified as a pathway to many more chronic diseases. Let us start with knowing what this disease is, followed by its types, causes, and prevention.

Diabetes generally is of two types: Type 1 and Type 2; however, there are some more kinds of it, like Gestational Diabetes which is only subjected to pregnant females. Let us now begin a detailed discussion about the types of diabetes.

The symptoms of both Type 1 as well as Type 2 differ from each other. A person with Type 1 condition will experience the symptoms more rapidly than the person suffering from the Type 2 condition.  The symptoms of Type 2 diabetes are slower-appearing than Type 1.

It is widely known that Type 1 diabetes cannot be entirely cured as its causes are natural, like genetics, etc., while Type 2 diabetes can be tackled with the help of consuming a proper diet, weight management, etc.

People with Type 1 diabetes are more likely to catch infections and viruses than Type 2 patients. The immunity level of a person gets affected in Type 1 diabetes, while Type 2 diabetic people are more prone to be obese and overweight.

Among type 1 diabetes patients, the chances of cardiovascular diseases are higher, along with some risk of heart attack, kidney problems, difficulties in vision and hearing, etc. While in Type 2 diseases, problems like late healing occur.

Similarities between Type 1 and Type 2 Diabetes

The key to prevent both types of diabetes is by keeping a regular check on the blood sugar levels with the help of medical experts or by other means like portable devices. Thus, diabetes can be prevented to a certain extent, but when the condition becomes intense, the complications of the disease are chronic, and it provides a way for many severe diseases too. Stay aware of this life-changing disease by managing your daily habits and keeping a regular check on your overall health like lifestyle, diet, etc. We urge you to pledge towards living a healthy life and work to spread awareness about this chronic disease.

Diabetes mellitus is a group of diseases that affect your blood sugar levels. We shall discuss the basics of Diabetes and about its various dangerous complications

How to manage Hypoglycemia with Medicine

Understand how managing hypoglycemic medication can help you lead a normal life. Hypoglycemia is the condition when blood sugar is depleted and falls to dangerously low levels such that it impairs your daily routine.