Depression is a common and serious medical illness that negatively affects how you feel, the way you think, and how you act. This article will tell you about some nutrients, herbs, and supplements that can help fight depression. 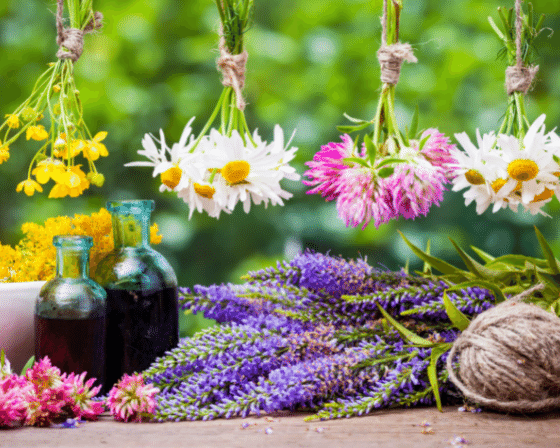 Major depressive disorder of depression is a severe and prevalent medical illness that adversely affects your feelings, the way you think, and how you are acting. Fortunately, it is treatable. Depression results in a feeling of sadness and a loss of interest in actions. It can also lead to various emotional and physical problems and decrease your ability to work and concentrate. Physical health is also the leading cause of depression. For example, cardiovascular disease also can lead to depression and vice versa.

Depression can cause a variety of symptoms. Some may affect your mood, while others affect your body. Symptoms may also be continuous or intermittent.

The symptoms of depression are different in men, women, and children. However, the most common type of symptoms includes:

1. Mood Change: There is a change in attitudes, such as having feelings like aggressiveness, irritability, anxiousness, and restlessness.

2. Emotional: There is an emotional breakdown such as feeling empty, sad, and hopeless.

5. Cognitive Disabilities: There are cognitive disabilities such as inability to concentrate, difficulty completing tasks, delayed responses during conversations.

6. Sleep Disorder: There are uneven sleeping patterns, such as insomnia, restless sleep, excessive sleepiness, not sleeping through the night.

7. Fatigue and Pain: There is a reduction in physical well-being, such as having fatigue, pains, headache, and digestive problems.

Depending on the severity of symptoms, a depressive incident can be classified into three types, i.e., mild, moderate, and severe. An individual with a mild depressive incident or event will have difficulty continuing with everyday work and social activities but will not stop functioning altogether. During a severe depressive episode, it is uncertain whether the person will continue with social, work, and domestic activities, except to a limited extent.

Vitamin B plays a vital role in neurological function as well as mood regulation. Vitamin B, including folate, B12, and B6, are needed to produce and regulate neurotransmitters like gamma-aminobutyric acid (GABA), serotonin, and dopamine. Many research shows that vitamin B12 and folate deficiencies increase the risk of depression, and supplementing with these nutrients helps reduce depressive symptoms in specific populations. Vitamin B is found in milk, meat, cheese, liver, eggs, dark green vegetables (e.g., spinach), fish, oysters, etc.

Zinc is critical to brain health and the regulation of neurotransmitter pathways. It also boasts antioxidant and anti-inflammatory properties. Its deficiency is strongly associated with an increased risk of depression in people. Shellfish, red meat, and chicken are loaded with zinc. Chickpeas, baked beans, and dry fruits (e.g., almonds and cashews) also contain a good amount of zinc.

Rhodiola is an herb associated with various potential health benefits when taken up as a supplementary form. These include reduced depressive symptoms and improved stress response, helping your body adapt to stressful situations. The herb may exert antidepressant impacts by enhancing nerve cell transmission and reducing the overactivity of the hypothalamic-pituitary-adrenocortical (HPA) axis.

It is a popular herb that has shown effectiveness in reducing symptoms of depression in people. A review conducted in 2016 on 35 studies found that treatment with St. John's Wort lessened symptoms in people with a mild or moderate level of depression. However, this plant has not been proven effective for treating severe depressive symptoms.

This supplement is derived from the gnarled root of the American or Asian ginseng plant. Siberian and Asian ginseng is different, with different active ingredients. Chinese medicine has used ginseng for thousands of years to help people improve mental transparency and energy and reduce stress.

Saffron is a brightly colored spice packed with antioxidant compounds, including the carotenoids crocin and crocetin. Saffron has also been shown as a natural remedy for depression. Research studies have observed that it increases levels of the mood-boosting neurotransmitter serotonin in the brain. While the process is unknown exactly, it's thought that saffron increases serotonin level, thereby keeping it in the brain longer.

Chamomile comes from the Matricaria recutita plant and has a role in helping to manage depression and anxiety.

The findings show that chamomile produces more significant relaxation from depressive symptoms than a placebo.

Lavender oil is a popular essential oil. People commonly use lavender oil for relaxation and reducing anxiety and mood disturbances. Several studies suggested that lavender might have significant potential in lessening anxiety and improving sleep.

SAMe is a sulfur-containing compound that is useful in the treatment of depression. It is found naturally in your body and plays an essential role in brain functioning. It was found in a 2020 review of 8 studies that the use of SAMe alone or with some antidepressant medications improved depressive symptoms in people.

Creatine is an organic compound that is essential for maintaining brain energy and many other functions. Changes in the energy level of the brain are thought to be implicated in the development of depression.

It is an antecedent to the amino acids L-cysteine and glutathione. Glutathione is considered one of the most important antioxidants in your body and helpful in regulating inflammation and protecting cells against oxidative damage.

Its full form is 5-hydroxytryptophan. This supplement helps regulate and improve levels of serotonin in the human brain. Serotonin is a neurotransmitter that affects a person's mood. 5-HTP has undergone several animal studies, and some cite its potential as an antidepressant therapy. However, evidence shows that its effects on the human population are limited.

Depression is a mental health illness that encompasses millions of people worldwide. Although it is typically treated with medication and therapy, some people may want to try other safe methods like dietary improvements or supplements to lessen their symptoms. The supplements mentioned here have been studied to reduce depressive symptoms and may be applicable for some people with depression.

However, it's essential to discuss any supplement with your healthcare provider to ensure that it's safe for you and fits your needs. Someone who is relatively isolated may be at risk for not getting adequate treatment, and in turn, falling to more profound depression. The only way to fight depression is to nurture your relationships and encourage each other to talk openly about your feelings without judgment. The more we can open up our emotions in front of others, the more we can help avoid and slow down the cycle of negative emotions, which leads to depression.

Signs and Symptoms of Anxiety Disorders

Anxiety disorder is a kind of mental illness that is characterized by the feelings of fear, trouble, and worry that interferes with the normal day-to-day activities of a person. Here are few common signs and symptoms of anxiety disorder.

A large number of people suffer from Anxiety without even realizing it. While we have to deal with stress and tension daily, Anxiety develops and becomes a widespread feeling. Here are few ways how to deal with your Anxiety