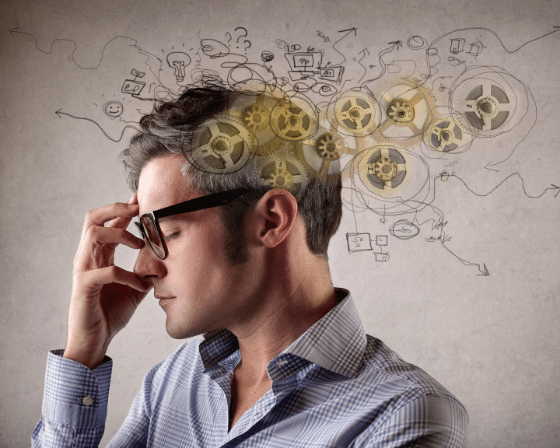 What is Mental Health?

Today, 950 million people all over the world are suffering from mental health disorders. Amongst them, anxiety is the most common mental disorder affecting around 284 million people. Apart from that:

Interrelationship of Mental Illness with Other Diseases

Mental health is no doubt linked with physical wellbeing and social functioning. For instance, depression is proven to be a possible cause of heart ailments and cancer. Patients with common mental disorders such as anxiety, depression, and drug addiction along with other physical disorders show poor recovery rates and failure to stick to their treatment regime. Thus, a wide range of behavioral changes like smoking or unsafe sexual activities is associated with the onset of various physical disorders such as HIV/AIDS and cancer. The World Health Report identifies the mental/behavioral changes (drug addiction, tobacco use, alcohol use, unsafe sexual activities) as a leading cause of other physical disorders such as overweight, hypertension, and high cholesterol. Comorbid depression is the existence of a depressive disorder (i.e. dysthymia, major depression, or adjustment disorder) along with a physical disease (cardiovascular diseases, infections, diabetes mellitus, neurological disorders, or cancer).

The most common types of mental disorders include anxiety disorders, schizophrenia disorders, and mood disorders.

2. Schizophrenia disorders: It is a complex condition in which the patient has distorted thinking, sense of self, language, perception, behavior, and emotions. Schizophrenic patients find it hard to process even the simplest information.

Signs and Symptoms of Mental Disorders

Although there is no authentic test to detect mental illness in an individual, certain possible signs are found in patients suffering from it. These are sleeping too much or too little (Insomnia), staying alone, avoiding enjoyable activities, eating too much or too little, feeling hopeless, indulging in alcohol or drugs to change the mood, having low energy all the time, being in a state of confusion, unable to do the normal day-to-day task, thinking of causing physical harm to others or themselves, having delusions or hearing voices, etc.

The treatment for mental health problems is highly specific and changes from person to person. What works for one patient may not work for another patient suffering from the same disorder. The treatments or strategies are usually employed in combination to treat mental illness.

Hypertension refers to a condition when the blood pressure in a human being is relatively high. In adverse cases, hypertension can even lead to damage to arteries.