Depression has become a global menace and the numbers are continuously soaring. Read on to know the causes of depression and effective treatments. 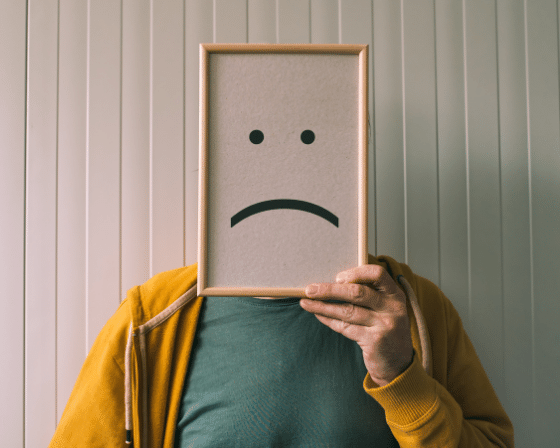 Global economic giants are talking about increasing their economic and military powers and talks on ‘mental health’ take a very small spot in these capitalism-driven economics. Humans have become mere resources who are there to accumulate wealth and make positive investments in the nation. This is not wrong since everyone needs money to flourish. But what is concerning is people being indifferent about their mental health in search of material benefits. Today, most people can buy whatever they want, can go wherever they wish, and can live life with liberty. If we consider all these factors, people globally would be living without any worries or anxieties. But this is the paradox of development! The modern lifestyle has increased depression among people due to heavy competition, lack of resources, and improper work-life balance. This article talks about the causes of depression, common symptoms, and effective treatments for depression by psychiatrists.

Depression is a serious mood disorder characterised by constant feelings of anger, hopelessness, sadness, and anger that interfere with everyday activities. People always confuse sadness with depression. While both share some common symptoms, they are not the same. Sadness is a temporary feeling which would reside after some time but depression is a constant feeling of self-loathing and hopelessness. Depression is increasing at high rates globally but it is still a silent cry in India. There is a lack of mental health education and high stigmatisation of people with mental illnesses. This creates a struggle for everyone in the long run. So, we are trying our best to walk you through the understanding of this serious mental illness called depression.

Chemical imbalances in the brain that regulates thoughts, moods, sleep, or appetite are one of the few causes of depression.

Having a family history of depression or any other mental disorder makes one susceptible to depression.

Change in hormone levels in females like estrogen and progesterone during pregnancy, postpartum, menopause and menstruation can increase the chance of depression.

Researchers have found the less active front lobe of the brain in people diagnosed with depression. Though the reason for this is still unclear, the observation has been noted in many people during the onset of depression.

Chronic illness, insomnia, stroke, or a heart attack can make one highly susceptible to mental illnesses like depression.

Substances like nicotine, alcohol, and drugs can plummet heavily on one's mental health.

People who are suffering from chronic pain for a long time can cause one to develop depression.

Though depression can be due to the above-mentioned causes, some are predisposed to due to the risk factors like,

Many antidepressants are given for fighting against depression. Make sure to consult your doctor before taking these below-listed medications.

These drugs are considered safer and generally have fewer side effects than other types of antidepressants. Some SSRIs are citalopram (Celexa), escitalopram (Lexapro), fluoxetine (Prozac), paroxetine (Paxil, Pexeva), sertraline (Zoloft), and vilazodone (Viibryd).

They include bupropion (Wellbutrin XL, Wellbutrin SR, Aplenzin, Forfivo XL), mirtazapine (Remeron), nefazodone, trazodone, and vortioxetine (Trintellix). Though these medications are used to treat depression, they strictly don’t fit into any antidepressant categories.

These drugs — such as imipramine (Tofranil), nortriptyline (Pamelor), amitriptyline, doxepin, trimipramine (Surmontil), desipramine (Norpramin), and protriptyline (Vivactil) — can be very effective, but have more-severe side effects than newer antidepressants. Usually, Tricyclics aren't recommended unless you've tried an SSRI first without improvement.

MAOIs — such as tranylcypromine (Parnate), phenelzine (Nardil), and isocarboxazid (Marplan) but can have serious side effects as they can dangerously interact with your regular diet. Selegiline (Emsam), a newer MAOI that sticks on the skin as a patch, may cause fewer side effects than other MAOIs do.

Psychotherapy is generally a treatment that involves treating depression by talking with mental health professionals. This can be also called talk therapy or psychological therapy.

In CBT, a therapist will help you in identifying the root causes of your harmful beliefs and thoughts about yourself. You would work on yourself by replacing the negative thoughts with self-affirmations.

DBT is similar to CBT but here the unhealthy thoughts are accepted and validated. This therapy believes that one should validate the thoughts to break the unhealthy patterns.

How to Overcome Depression?

It has been time, again and again, stressed that depression needs medical interventions for recovery. But there is no harm in trying to overcome depression by adopting lifestyle changes. We would highly recommend you to follow these steps along with professional help as recovery from depression also requires an individual’s conscious efforts.

True happiness can be only found in the service of others. It can be as simple as buying some biscuits for a street dog or giving a seat on public transport to an elderly person. This makes you feel good about yourself and helps in fighting self-deprecating thoughts.

Direct Your Energy to Goals

Nothing can be more satisfying than achieving your goals. It gives a sense of pride and increases your self-esteem. Just fix some small goals in your life and celebrate yourself for achieving them.

Following a routine keeps you busy with your life goals rather than focusing on your problems. Routine helps you in breaking away from your anxiety and fear, thereby easing your depression symptoms.

Stay in the Present

Someone rightly said that brooding over the past and being anxious about the future is the root cause of all suffering. So, practice mindfulness and be present in the moment. It will surely help you in combating depression.

Exercise is food to the mind! It lowers the stress hormones and increases the secretion of mood-boosting hormones like dopamine. This helps you to develop a resilient and positive outlook toward life.

Humans are social animals and they find the meaning of life by identifying themselves with the community. So, surround yourself with positive people who have an aura of optimism around them. You would find yourself in a better place mentally if you create some awesome friendships with whom you can relate!

Have a Strict Sleep Schedule

Sleep is one of the most important factors for sustaining good mental health. It relieves your stress and anxiety by bringing down your blood pressure. Staying late at night can increase your constant feelings of sadness and hopelessness. Fix a proper schedule and have at least eight hours of sleep per day.

1. What will happen during the depression?

Ans: Depression is a serious mental illness that can cause prolonged sadness, hopelessness, and loss of interest in almost every activity.

Ans: Causes of depression are many which include genetics, abuse, childhood traumas, or serious life events.

3. What are the symptoms of depression?

Ans: Losing interest in activities, feeling hopeless and having suicidal ideations are the most pronounced symptoms of depression.

4. What are forms of depression?

5. Who is mainly affected by depression?

Ans: Everyone is susceptible to depression but people who are very young or old are experiencing very high chances of getting depression.

Ans: Yes! A mentally ill person can very well live alone but care must be taken in case of self-harm or suicidal ideation.

Ans: Worrying is a defence mechanism of the body created due to the fear of the future. Repeated failures or trauma can make one more susceptible to negative intrusive thoughts. If the negative thoughts are affecting your day-to-day life, you can visit a counsellor or therapist.

8. What is the leading cause of major depressive disorder?

Ans: Traumatic or stressful life events like the death of a loved one, physical abuse, sexual abuse, and financial problems are leading causes of major depressive disorder.

9. What is the best way to end depression?

Ans: The best way to end depression is to visit a mental health professional. Anything suggested by unprofessional people like family or friends may not prove fruitful in the long run.

10. How do I stop overthinking and being depressed?

Ans: Only mindfulness can help in regulating intrusive thoughts. Try yoga and meditation to regulate your thoughts. If that doesn’t help, you can try professional help to sort out your overthinking.

11. Can depression cause memory loss?

Ans: Depression and anxiety can cause a lot of forgetfulness or confusion, thereby affecting productivity and decision-making.

12. Can depression cause a heart attack?

The World Health Organization reports that the significant effect of Covid 19 was on mental health. In these times, ensuring good mental health and our ability to function is typically a challenge.

Sleepless nights kill our ability to perform our day-to-day activities efficiently. I have listed the most effective natural home remedies for insomnia that can help you in getting rid of insomnia so you get a good sleep.

A large number of people suffer from Anxiety without even realizing it. While we have to deal with stress and tension daily, Anxiety develops and becomes a widespread feeling. Here are few ways how to deal with your Anxiety