The gastrointestinal tract (GIT) acts as a doorway for all the nutrients and various other substances. All the disruptions associated with the intake of food, disorders affecting the GIT, and its accessory organs influence your overall health 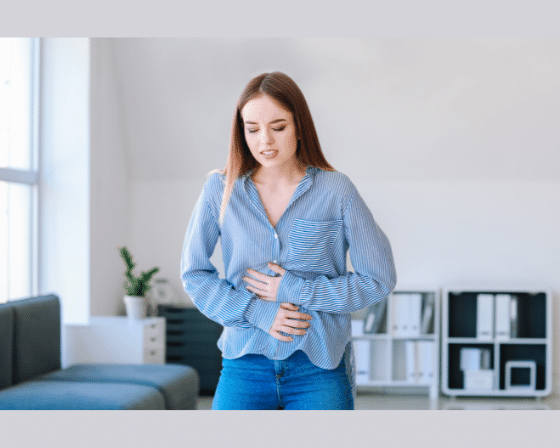 Before delving into the details of the common gastrointestinal diseases, it’s necessary to know what the GI system is made of. The various parts of GIT include:

The major associated organs of the digestive system include:

So, basically the GI tract is a continuous pipeline of organs starting at the mouth and ending at the anus. Each of the above organs have specific functions in the process of digestion and metabolism of the food that is taken in.

What are the functions of the gastrointestinal tract?

To get a better understanding of the different types of gastrointestinal disorders, we need to first know about the normal functions of the GIT.

These are the overall functions of the gastrointestinal system as a whole.

Let’s take a quick look at the specific roles played by each of the organs in the GIT.

Salivary juices produced by different salivary glands contain enzymes that help in breaking down the carbohydrates and fats in your food into smaller pieces. So the process of digestion starts right in the mouth, which makes it important to chew the food properly.

The swallowing mechanism of the pharynx ensures that food does not enter into the windpipe while swallowing, and goes straight into the food pipe.

It also called the food pipe, this helps in transmitting the food from the throat to the stomach.

The stomach mixes and grinds the food into a liquid form called chyme. Further, the stomach acts like a storehouse of the food and releases it into the small intestine at a rate that the food can be further processed in the intestines. Various acids and gastric juices produced by the stomach facilitate digestion.

The small intestine is a key area for absorption of nutrients from the food. These nutrients include carbohydrates, fats, proteins, vitamins, minerals, and water.

After absorption of nutrients from the small intestine, the large intestine now turns all the food waste into solid stools that pass out of the body via the anus during defecation.

The main job of the liver in digestion is to detoxify and process the food. It also secretes bile which is stored in the gallbladder and released into the small intestine, which plays an important role in the digestion of fat and fat soluble vitamins. The liver also acts as a storehouse for surplus glucose.

Disorders of the salivary glands

The pharynx is a hollow tubular organ that connects the mouth to the esophagus. Gastrointestinal disorders involving the pharynx can range from a mild sore throat to tonsillitis (inflammation of the tonsils, usually seen in children), infections like croup (seen in children causing a barking type of cough) or diphtheria (bacterial disease causing a patchy membrane formation over the throat, which could result in breathing difficulty in severe cases) and even cancer.

Patients suffering from pharyngeal diseases usually present with difficulty in swallowing or painful swallowing, coughing or white patches over the tonsils. In cancers of the pharynx, the patient would present with loss of weight, fatigue, swallowing difficulty and blood in vomit etc.

5 most common diseases of the esophagus

There are several common gastrointestinal diseases involving the esophagus. These include:

GERD is one of the most common gastrointestinal diseases, seen in a large proportion of people. In GERD, the muscles at the lower end of the esophagus do not close completely, thereby leading to the acidic stomach contents reflux into the food pipe, thereby damaging it. If prolonged and uncorrected, this can lead to severe ulcers.

This occurs as a complication of long-standing GERD, where the natural quality of the esophagus is altered and can end up in esophageal cancer. So, Barrett’s disease can be considered as a ‘premalignant’ condition, meaning a condition that can lead to cancer if left uncorrected.

This happens due to nerve damage in the esophagus, thereby making it difficult to push food from the esophagus into the stomach.

These are disorders occurring because of neural and muscular imbalances in the esophagus, thereby affecting the way in which the esophagus moves. This may cause swallowing problems.

Usually the patient experiences heartburn, upper back pain or chest pain, difficulty in swallowing or feeling like something is stuck in the throat or chest, breathing problems due to severe pain etc.,

The stomach is a key organ of the GIT, hence there are plenty of gastrointestinal disorders seen involving this organ.

Inflammation (swelling) of the mucosal lining of the stomach is called gastritis.

This can occur due to several factors like spicy diet, painkiller abuse like aspirin especially if taken without prescription, alcoholism, stressful lifestyle etc.,

An ulcer is a tear or break in the inner mucosal lining of the stomach or the duodenum. Common causes include bacterial invasion like Helicobacter pylori or because of chronic usage of painkillers belonging to a group called NSAIDs (non-steroidal anti-inflammatory drugs) like aspirin etc.

Typical gastrointestinal disorder symptoms like upper abdominal pain, vomiting and loss of appetite may be seen in peptic ulcers. Eating may cause pain as the food passes through the affected regions and the patient may start avoiding food for this reason. This may cause weight loss.

This is one of the most common gastrointestinal diseases amongst cancers of the human body. Cancers Can present with weight loss, fatigue and blood vomiting.

4 Disorders of GIT involving the Intestines

Some common gastrointestinal diseases involving the intestines include:

This is a functional disorder, meaning there are no structural abnormalities associated with the disease, rather it happens because or other factors like increased sensitivity of the intestinal nerves to any stimulus, genetics, infections, hormonal and psychological factors, stress etc., The patient suffers from pain, bloating sensation, altered bowel habits etc.,

IBDs are common disorders of GIT in which there is an inflammation seen involving the different layers of the gastrointestinal tract.

There are 2 types of IBD

Diverticulosis is a gastrointestinal disorder characterized by the development of multiple small pouches (diverticulums) in the inner lining of the large intestine. Most people suffering from this disease do not show any symptoms, except in severe conditions where it could lead to obstruction of the intestine which could be life threatening. It’s usually seen in older adults.

When these pouches get infected and inflamed, it’s called diverticulitis which can present with high-grade fever and an excruciating pain in the lower abdomen, chills, nausea and vomiting. It can also lead to altered bowel habits like constipation or diarrhoea. Diverticulosis and diverticulitis are also common gastrointestinal diseases seen in a sizable proportion of people.

These are one of the most common cancers of the human body, claiming thousands of lives every year around the world. These cancers usually begin as a small outgrowth (called a polyp) and later develop into extensive cancers.

What tests will I need to diagnose gastrointestinal disorders?

Barium is a radio-opaque substance, meaning if given inside the gastrointestinal tract and an X-ray is taken, it will help in understanding the structure and any abnormalities in the GIT. There are different types of barium studies like barium swallow (to study esophagus), barium meal (to study stomach and small intestine), barium enema (to study the large intestine) etc., it’s a basic diagnostic modality usually done in an empty stomach.

Nowadays, the latest technology is the use of a capsule endoscopy in which a camera is placed inside a capsule sized structure and the patient is made to swallow it. As it passes through his system, it takes photographs of the GIT.

(Endoscopic Retrograde Cholangiopancreatography)! Do not let the huge name scare you! It’s a type of endoscope that helps in visualizing the pancreatic and bile duct system and it can also be used in treating the disorders in these parts.

These imaging modalities are used in diagnosing different conditions of the gastrointestinal tract whenever basic diagnostic tests do not offer any clarity.

These studies are used in diagnosing esophageal diseases like GERD and achalasia. Manometer tells about the pressure changes in the lower esophageal and pH monitoring explains whether gastric acidic contents are refluxing into the esophagus.

There are plenty of other novel diagnostic modalities available for evaluating the gastrointestinal disorders, but these are the most commonly used.

Milder problems like indigestion can be treated with home remedies like good diet, adequate hydration and rest.

However, plenty of gastrointestinal disorders like peptic ulcer, GERD require sincere lifestyle modifications to be completely relieved of them. These include:

You could also try to follow some tips to improve your digestion naturally.

if you are experiencing any long-standing complaints with respect to the gastrointestinal system, it’s important to consult a doctor immediately. If the treating physician or surgeon deems it necessary, they may prescribe you drugs for a variety of complaints. These drugs could include antacids, drugs to reduce acid production, drugs to kill the bacteria causing peptic ulcer, drugs to treat diarrhoea or constipation, supplement drugs if the person is losing nutrients due to small intestinal diseases etc.,

Other than the mild gastrointestinal disorders that could be treated with drugs and lifestyle modifications, most of the severe and persistent complaints may need surgical correction or intervention to be completely relieved of them. This may especially hold good if any cancers of the gastrointestinal tract are diagnosed, needing extensive surgeries. This again depends exclusively on the patient and his current status. Cancers may also require radiotherapy and chemotherapy along with surgeries depending on the need.

Importance of screening in gastrointestinal disorders

Screening is a process by which constant monitoring is done in vulnerable populations even before the disease symptoms have begun. This may help to diagnose much earlier than usual, thereby improving the treatment options and life span of the person. In the GIT, screening holds special importance with respect to colorectal cancer. These cancers have a genetic background and usually begin as a polyp like outgrowth. By regular screening colonoscopy, if these polyps are picked up and can be removed before they become cancerous.

If you are experiencing complaints like blood in stools, weight loss, tiredness etc, or have someone affected with colorectal cancer in your family, get screened today .

Wishes for a happy and healthy life!

How to cure IBS constipation naturally and get to know IBS introduction, Symptoms, Causes and Treatments

Inflammatory Bowel Disease (IBD) and its Causes, Symptoms, and treatment

Inflammatory Bowel Disease is a disorder in which the intestines of the patient are primarily affected. The intestines experience inflammation for a long time, and disturbance in the digestive tract can be noticed.

What exactly are mouth ulcers? Are they dangerous? Is there a need to see the doctor for treatment? A lot of questions regarding this come to mind. This article sums up everything you need to know about mouth ulcers.

Stomach ulcers are very common, seen in millions of people due to varied reasons. Diet plays a key role both in the causation & the management of stomach ulcers. Let’s discuss the diet for stomach ulcers